Atau Tanaka studied electronic music with Ivan Tcherepnin at Harvard University, and computer music with John Chowning at Stanford University CCRMA. He has carried out research at IRCAM Centre Pompidou, Apple France, and Sony Computer Science Laboratory (CSL) Paris. His first inspirations came meeting John Cage in the 80s. In the 90s he formed Sensorband with Karkowski and Edwin van der Heide, and has releases on Superpang, SubRosa, Bip-hop, Touch/Ash, Sirr-ecords, and NX Records. He has performed at NTT-ICC, Ars Electronica, WOMAD and Sonar festivals, Eyebeam NYC and SFMOMA. He works at Goldsmiths, the Bristol Interaction Group, and the MSH Paris Nord. 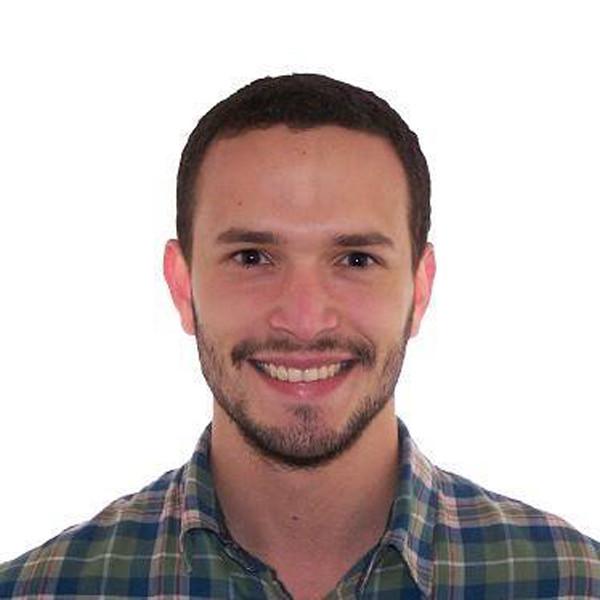 David Fierro is an Electronic engineer with a Master's degree in "Musical Computing", multiplatform developer and is currently a PhD student at the Paris 8 University. Young researcher in neuro-acoustics interested in the neuronal response to acoustic stimulus. He also collaborates in several projects of research and artistic creation where he uses his knowledges to develop artistic projects using and creating digital tools. 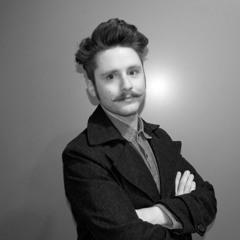 Francesco Di Maggio is a composer and a multimedia artist with a Masters from the Institute of Sonology in Den Haag Netherlands. Originally trained in classical piano, he is now leading his research on musical embodiment and human-computer interaction, investigating the compositional implications of using real-time electronic processes in live performances. Aiming to empower the role of the performer and their physical effort, he designs new wearable interfaces based on biofeedback, bodily gestures and interactive machine learning. 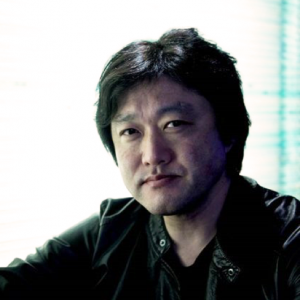 Suguru Goto is a composer/performer, an inventor and a multimedia artist and he is considered one of the most innovative and the mouthpiece of a new generation of Japanese artists. He is highly connected to technical experimentation in the artistic field and to the extension of the existing potentialities in the relation man-machine. In his works the new technologies mix up in interactive installations and experimental performances; he is the one who invented the so called virtual music instruments, able to create an interface for the communication between human movements and the computer, where sound and video image are controlled by virtual music instruments in real-time through computers. Lately, he has been creating the robots, which perform acoustic instruments, and he is gradually constructing a robot orchestra.

He was born in Japan. After he studied composition and piano in Japan, he moved to the United States to continue his studies at New England Conservatory in Boston. He preceded his post-graduate studies at Technical University Berlin and HDK in Berlin, Germany and Paris University in France. He studied composition with Lukas Foss and Earl Brown in U.S.A, and with Robert Cogan at New England Conservatory and Dieter Schnebel in Berlin, Tristan Murail and Philippe Manour at IRCAM, Paris.

He has been internationally active and has received numerous prizes and fellowships, such as Koussevitzky Prize, BSO fellowships, the first prize at the Marzena, Berliner Kompositionaufträge, a prize by the IMC International Rostrum of Composers in UNESCO, Paris, DIRECAM, French Cultural Minister, Music Theater Award 2008 in Berlin, "OFQJ-dance and new technology prize" at Bains Numérique #4, International Festival of digital art of Enghein-Les-Bains, in France, in 2009 and so on. His works have been performed in major festivals, such as Resonaces/IRCAM, Sonar, ICC, Haus der Kultures der Welt, ISEA, NIME, AV Festival, STRP Festival 2009, Venice Biennale, etc.

In 1995, his first opera "NADA (Media Opera)" was performed in Shauspielhaus, Berlin. At the same year, he moved to Paris in order to realize a project at IRCAM, Paris. In 1996, his "VirtualAERI" was given the first performance at Espace de projection, IRCAM. In 1998, he was invited to perform at Sonar, Barcelona. In 1999, he was invited to perform at ICC in Tokyo. In 2003, his concert was given at Pompidou Center, in Paris. In 2006, his “RoboticMusic” was commissioned by AV Festival in Newcastle, England and was enthusiastically received by the large public, as well as the mass medias. He has been producing computer music and researching at the group "Gestural Controller" in IRCAM, Paris since 1995. Lately, he has been working for Brass instrument robots with Artificial Mouth at IRCAM, as well. In 2007, he was Artist in Residence at ATLab, Ohio University, in USA. He was now Artist in Residence at Academy of Media Arts, Cologne, in Germany. His "RoboticMusic" was shown at the 53rd Venice Biennale 2009 in Italy.

Goto's works have been shown in Canada, England, Germany, France, Holland, Italy, Portugal, Poland, Roumania, Spain, Slovenia, Swiss, Ukraine, Japan, and U.S.A. His works are published by "Edition Wandelweiser GmbH"(Germany). His "Giseion to Gousei" is recorded on CD, which is available from Akademie der Künste label (Germany) and his "Temps tressé III" from ALM Records (Japan). 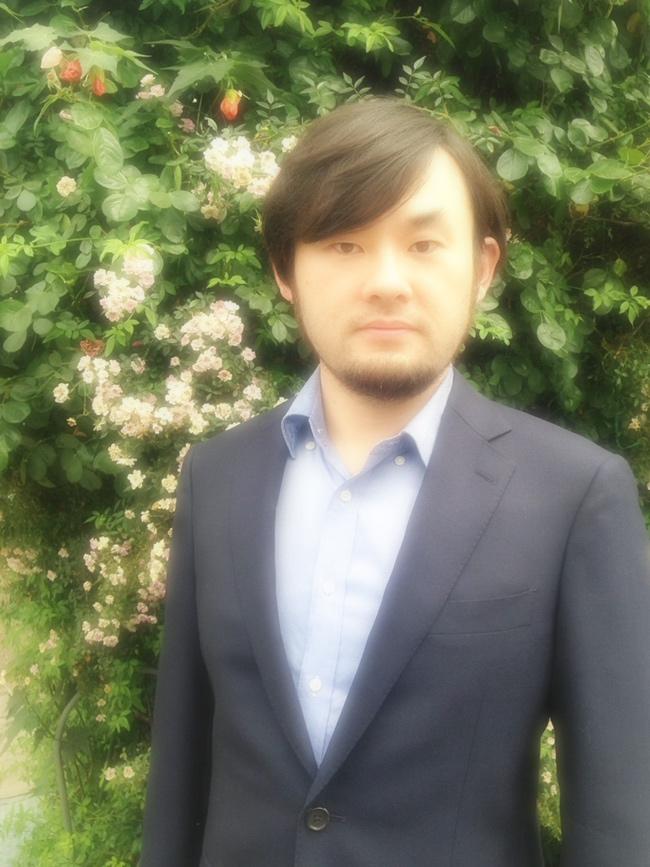 Born in Yamanashi in 1982. Composer and media artist. He studied composition, sound technology, and computer music under Yu Tsuchiya. He is in charge of computer-centered composition activities as well as operators of electronic works by various other composers. His major works have been performed in Japan, the Netherlands, Germany and South Korea. In addition, he has been researching and developing electronic musical instruments using sensors and performance auxiliary equipment, and so far, "sosteneut block" for piano, "snappy pedal" for snare drum, and "snappy pedal" for speakers. Developed "isobe rail" and collaborated with various composers and performers, "Videoron" developed with composer Kazutomo Yamamoto, "hosiya board" developed with Takeo Hoshitani, trombone player by Murata. There is a "murata sensor" for the trombone developed with welfare. Funded by Electroacoustic Music Concert Maximum. He is a part-time lecturer at Tokyo College of Music. 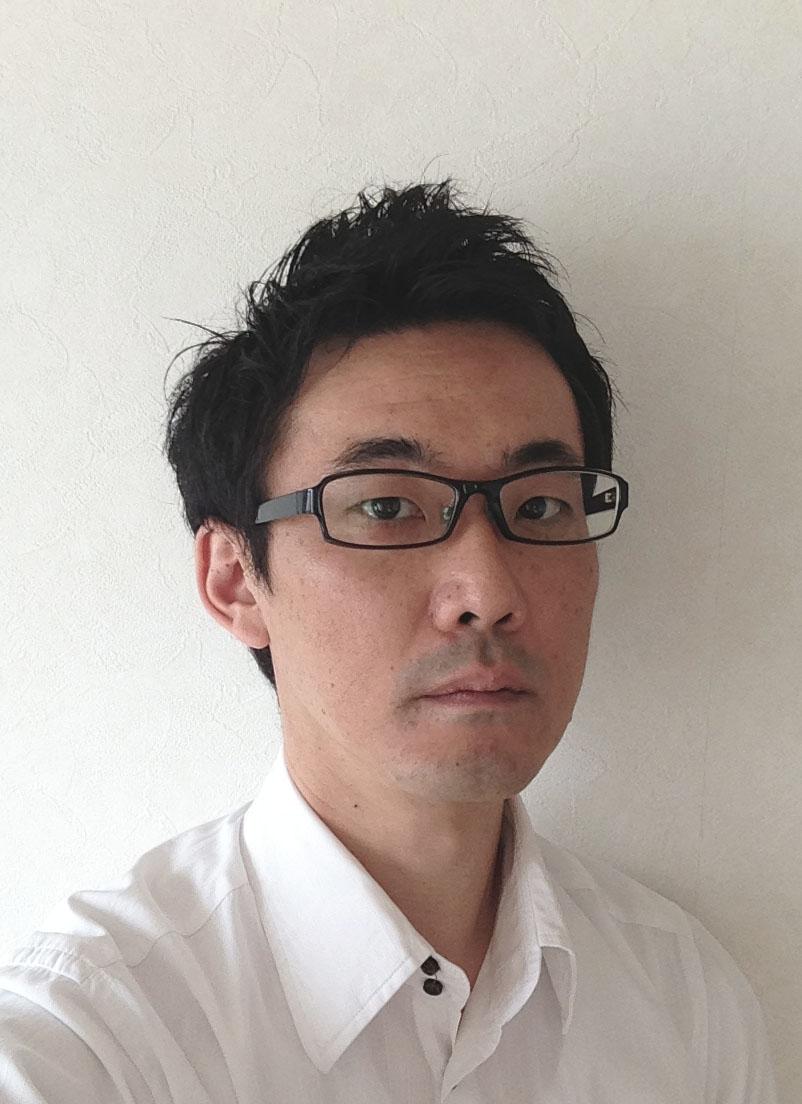